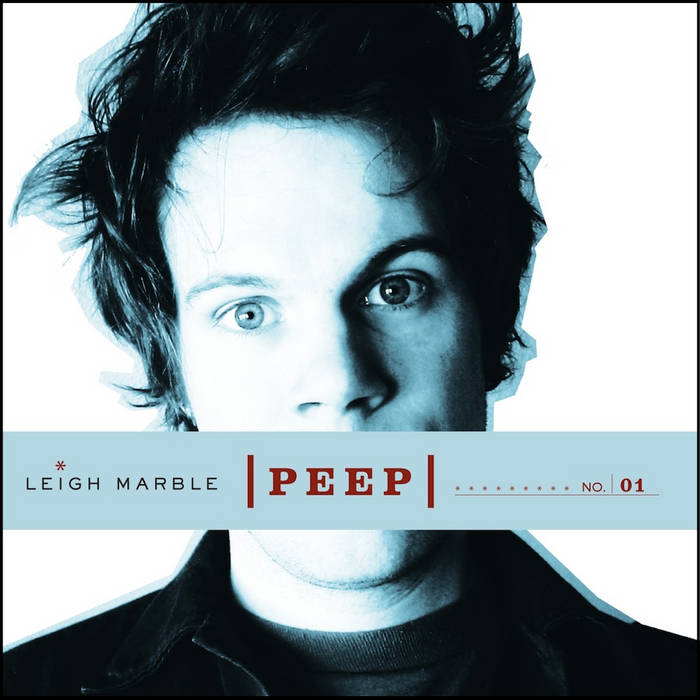 “Every song has a massive hook...Peep is an idiosyncratic delight.” - Comes With a Smile

“In a world where singer/songwriter types are a dime a dozen, this talented chap stands out from the crowd.” - Big Takeover

Peep, Marble's long-awaited solo debut CD, reveals a talented young artist grounded in the naked truth of American folk, while pushing the envelope out defiantly in all directions. Songs born of critical thought are buoyed by memorable melodies, then pushed out to sea amongst clouds of subtle fuzz. At turns a gentle crooner and floor-stomping rocker, it's like Beck calling a square dance to a crate of Clash records. Sure, there's the authentic sneer to put the vitriol in your veins, but there's also moments when the pretty polish outshines the dirt.

Peep was forged at Leigh's subterranean sonic workshop, Fishboy Studios. After months of solo production, Jeff Stuart Saltzman (Sleater-Kinney, The Standard) stepped in to mix the album, which was then passed to John Fischbach (Stevie Wonder, Circle Jerks) for mastering. From the stark, folk reveille of the opening "A Rock From the Sky," to the sensuous groove of the closer "Last Chance," Peep spans an impressive emotional gamut.